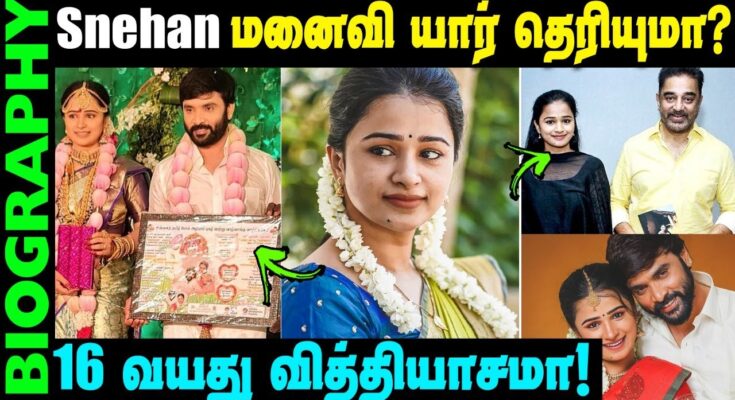 Kannika Ravi is a model and actress who works in mostly Tamil movies and tv shows. She is a VJ turned actress from Chennai. Kanika is going to marry Bigg Boss fame Snehan who works as a lyricist in the Kollywood industry.She made her acting debut with tv shows

She first worked on the big screen in the film “Thiya Velai Seyyanum Kumaru” (2013) directed by Sundar C. She was also featured in films like Devarattam and Adutha Sattai.
She married to Bigg Boss fame Snehan who works as a lyricist in the Kollywood industry.