The feisty flame-haired singer from Paramore has known what she wants from an early age. What other 14-year-old would have stand up to a record company and refused to do what they wanted, when she had just signed a lucrative deal.

The teenager was given a production deal by the label who wanted to promote her as a solo pop artist, but she stood her ground and said she wanted to be part of a band and play alternative music. The fact that they went along with her wishes shows just how good they thought she was.

She formed Paramore with her friends Jeremy Davis and Josh and Zac Farro, and Atlantic’s marketing department decided to release the band’s music through a cooler label, Fuelled by Ramen.

Before Paramore the other members of the band had been edgy about the whole female thing and were wary of having Williams as a singer, but as they were all good friends she began writing with them and eventually became an official member as lead vocals and playing keyboards. Josh was lead guitar and backing vocals, his brother on drums and Jeremy Davis on bass guitar.

She is a talented songwriter and wrote and recorded the song “Teenagers” which featured in the soundtrack for the film “Jennifer’s Body”.

She has become a fashion icon to her teenage fans who want to copy her exotic hair colours which range from orange through cinnamon red, purple and black, yellow, ginger to bright orange bangs.

They also try to emulate her appearance by snapping up similar leggings, red plaid vans sneakers and jump suits.

She has three tattoos, all related to her touring and often refers to them as her “bro tats.” Inside her right ankle she has a pink razor with a banner that says “shave me” because she rarely shaves her hairy legs whilst she is on tour. Below it she has another tattoo that she got on the Easycore Tour. It is a heart with patches, but she has never explained its meaning.

The third tattoo is behind her left ear which is a cloud with a lightening bolt and the word “Warped” written above. It is a tribute to the Warped Tour, in particular the 2007 Cleveland show where a huge storm occurred right before Paramore’s set.

The fact she does not want to become a solo artist dates back to her adolescence when she was so shy and suffered a serious case of stage fright. She started to take music seriously when she was 11-years-old but she always knew she wanted to be part of a band.

She is a very down-to-earth individual and stardom has not gone to her head. She visited Walt Disney World with her family for Thanksgiving and her favourite films are “Wayne’s World”, “Son-in-Law”, “Pet Sematary” and “True Romance”.

Like many naive young stars she got into hot water for posting nude photos of herself on her Twitter account. She quickly took them down, but not before they were widely circulated online. The youngsters do not realise how permanent these photos are.

Her boyfriend of two years Chad Gilbert the guitarist from “New Found Glory” prior to that she dated fellow band member Josh Farro from 2004 to 2007.

Source by Craig A. 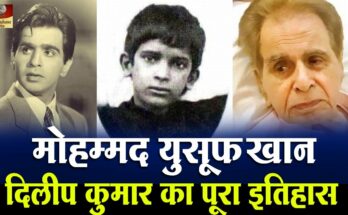