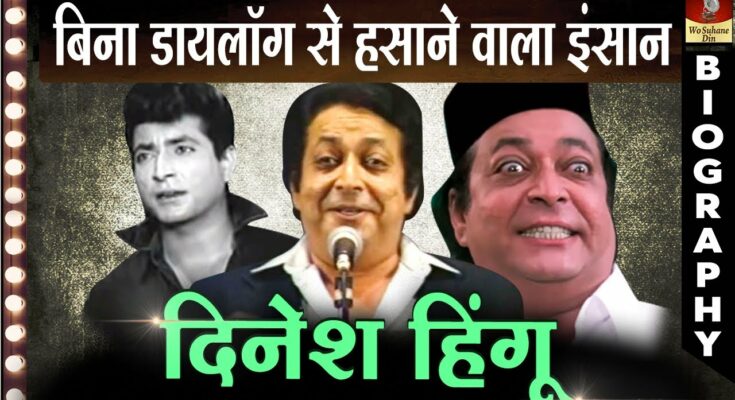 Dinesh Hingorani, better known as Dinesh Hingoo, is an Indian actor, who acted mostly in comedy films. Having done more than 300 films, Dinesh is a veteran actor in the Film Industry, who is an irreplaceable entity of the same. Be it the a Parsi uncle who would show you big eyes to shoo away the naughty boys, or the confused uncle in “No Entry,” he has portrayed some memorable roles which cannot be impersonated by anyone. Having worked in the industry for more than 300 films, some of his notable films are: “Taqdeer,” which released on 1967, and “Be Careful” in 2010. These were the movies that had a unique sense of comedy impersonations by the actor. He also worked in some super hit movies like “Saajan” (1991), “Baazigar” (1993) and the most hilarious one was “Hum Aapke Hai Kaun” (1994). The movie topped all the charts when songs like: “Didi Tera Dewar Deewana” was hummed by all. It was a box office hit for the longest time. Later, he was also seen as a supporting role in films like “Qurbaani.” The movie is a 1980 action-drama-thriller movie that was an adaptation of “The Master Touch” of 1972. Produced under the banner of Feroz Khan Productions, the movie was written and directed by Feroz Khan himself. Even though Hingoo had a supporting role in the film “Saajan,” a blockbuster by nature, it was also one the highest grosser in Bollywood for the 90’s decade. It more or less was a cult, be it the music or the cast, and the typical slapstick comedy were what the changing characteristic of the 90’s decade. Recently he was seen in some comedy movies like “No Entry” and “Judai.” Continuing with the slapstick comedy in “No Entry,” Hingoo for the longest time was paired with Johny Lever, to provide us some memorable moments for which we will remember him till the last. Other than movies, Dinesh Hingoo has also worked in television serials that were aired on Doordarshan. Yes, the phrase “Hum Doordarshan ke zamane se hai,” aptly works for Hingoo